The requirement to wear a mask at Holland Bloorview for all members of the team, clients and families will not be changing for the foreseeable future. See our statement for more information. 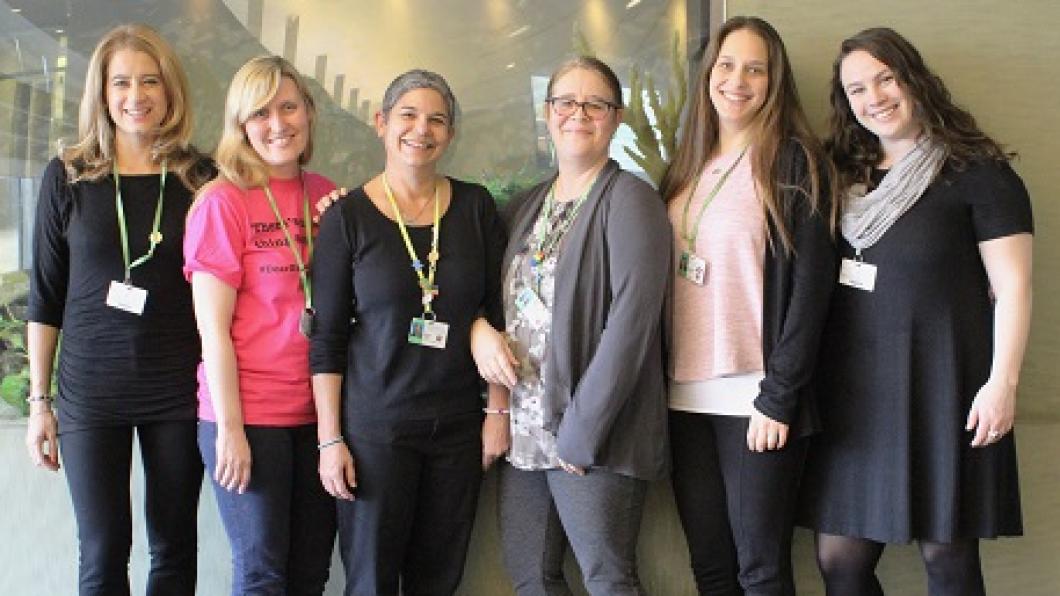 Moira Pena saw a growing group of anxious parents and decided to act.

Hundreds of parents of kids who may have autism (or other neurodevelopmental disorders) are on waiting lists for assessments or programs. They could be waiting several months for an assessment, and if a diagnosis is made, they could wait another year before being accepted into specific programs.

Meanwhile, “their children are having all kinds of challenging behaviours,” said Moira, an occupational therapist in Holland Bloorview’s Child Development Program. “There may be lots of tantrums, lots of issues with feeding, behavioural issues, and issues at school.”

At the same time, parents are also being told that early intervention is crucial for enabling their kids to meet developmental milestones, adding to their anxiety as the months pass.

Understandably, parents are confused, frustrated and looking for answers. And they’re turning to the Internet or other resources that aren’t always backed by scientific evidence.

“They start doing non-conventional therapies like special diets because somebody on the Internet says it works,” said Moira. “Or in desperation, parents are paying for private services prematurely and spending lots of money.”

To help give these parents information and peace of mind, Moira and her colleagues have organized two workshops through the hospital’s No Boundaries Fund. The No Boundaries Fund is donor supported and provides staff with one-time grants to act on ideas that can meet the immediate needs of Holland Bloorview’s clients and families.

“I wanted to give parents a toolset,” said Moira. “So while they’re waiting, there are things they can be doing with their children that will help them manage their behaviour.”

The first workshop was held January 24, and focused on sensory issues such as sensitivity to sounds, lights, touch or different foods – all possible triggers for tantrums and meltdowns.

Eighty parents, as well as teachers, learned new information such as how to recognize sensory processing problems; what are the body’s different sensory systems and how do they impact behaviour; and how to identify sources of sensory disruptions.

“We taught them different child-friendly activities to help their children calm down and regulate themselves so that their sensory systems aren’t firing off all the time,” said Moira.

The second workshop took place on February 28 and focused on building play routines and social relationships…in other words, how to get your child to play with you.

“Most often kids that are waiting for services or waiting to be assessed are not that motivated to play with people in general,” said Moira. Others have difficulty knowing how to play with toys, or may prefer to play alone.

“We’re teaching caregivers and parents what you do to get your child engaged,” she said.

Led by psychologist Dr. Jessica Brian and her team, and supported by Moira, the second workshop showed parents and caregivers how to understand their child’s play interests and use them to promote social behaviour; different types of play and their functions in development; and how to use the same toy in different ways to up the “fun factor.”

“These workshops are decreasing anxiety for parents, and equipping them with techniques that are meant for everybody,” noted Moira. “We’re teaching basic universal techniques that you can use with your typically developing child and also with a child with delays, and it’s going to work for both.”

Thanks to Moira’s awareness and the No Boundaries Fund, “the waiting isn’t so scary.”