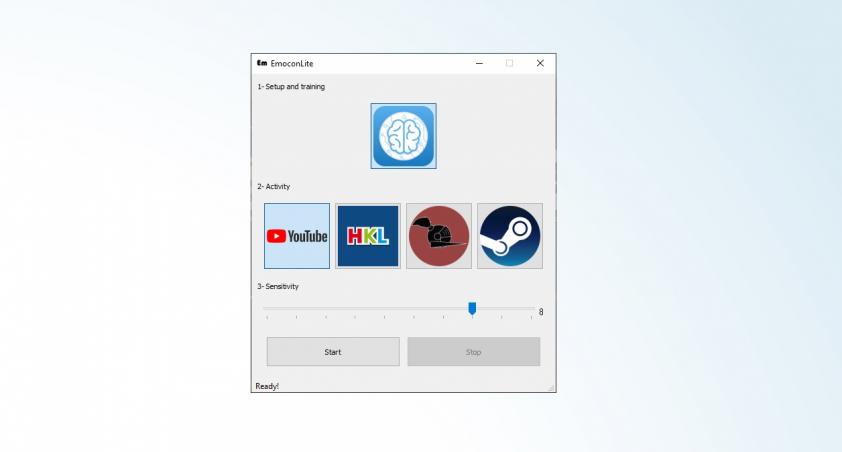 Emocon is a user-friendly brain-computer interface (BCI) software that allows users to meaningfully interact with a variety of computer applications and external devices using their BCI headset. Emocon allows users to play YouTube videos and a variety of video games from multiple platforms, ultimately creating an end-to-end solution for BCI users.

Emocon bridges the gap between research and clinical practice, providing children with access to BCI technology and supporting BCI-enabled play.

Using commercially available BCI platforms to detect and record brain signals, such as the Emotiv EPOCX headset and EmotivBCI software, users can use Emocon to define their desired brain response to generate a corresponding control command. Once the desired brain response is detected, Emocon will output a command that provides users with hands-free, independent control of their computer applications and external devices.

EmoconLite is available for free download through our Flintbox page, a third-party site. Please note: EmoconLite is to be used in combination with the EmotivBCI application and either Emotiv EPOC+ or EPOCX devices.

If you experience any difficulties using EmoconLite, please contact us through our Flintbox page.

This project is funded in part by the Government of Canada