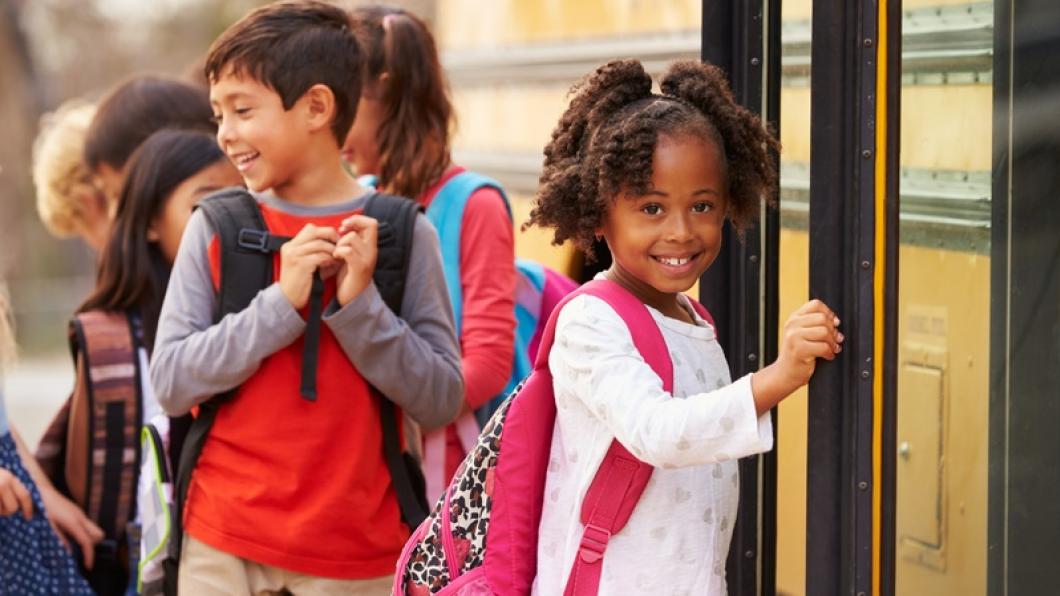 A group of Grade 4 Windsor, Ont. students were most likely to define the word 'disability' as a disadvantage, according to a qualitative study published in Disability and Society this summer. While some of the 21 students "used the word disadvantage, others wrote that disability was synonymous with: something wrong, damaged, a problem, having trouble, unable, or having difficulty," wrote author John Freer, a professor in the School of Community Studies at St. Clair College and an adjunct assistant professor at the University of Windsor. The study also asked students to draw a picture of a fictional new classmate with a disability. We talked about the findings of this "draw and write" disability exercise with Professor Freer.

BLOOM: Why was there a need for this study?

John Freer: Disability is a complicated term for scholars and adults, and it's important that we learn what children understand and where their misconceptions might be. There isn't a huge literature pool on the topic. I wanted to look at what kids aged eight and nine think about the concept, and are there themes that emerge. I wanted to understand their conceptions of disability and how they might be related to preconceived notions or media representations or lived experience or exposure.

BLOOM: How did the study work?

John Freer: This was part of a larger study looking at attitudes toward disability and whether a 12-lesson educational intervention could change those attitudes. In the first lesson, I wanted to get a baseline of what students think when they hear the word disability. I gave them a worksheet in which they were asked to provide a definition, in words, pictures or symbols, and then to think about, and draw, a new student coming into their class who had a disability. This was a fictional character, and they were asked to describe their drawing.

BLOOM: Is there a reason why you chose to use a school where disabled children were in self-contained classes vs. one where they were in general education classes?

John Freer: The school had self-contained classes for students with developmental and intellectual disabilities, whereas students with learning disabilities were pulled out to a separate class for part of the day. But I think it's fair to say these students weren't used to having kids with disabilities in their class. One of the reasons I selected that school was that the intention of my larger study was to show whether attitudes could be changed, and I thought there might be more of a need for that in a class where the kids had less exposure.

BLOOM: What were the key results?

John Freer: I looked at the themes that emerged from the words and data and found there are a variety of ways in which students define disability, but the most prevalent definition can be described as disadvantage. I interpreted this as students have developed a deficit thinking of disability where they emphasize what a person can't do rather than what they can do.

BLOOM: I guess kids are really concrete, so they might tend toward drawing something they can show. They might not know how to indicate an invisible disability in a drawing.

John Freer: Invisible disability is harder to understand, and we tend to have a fear of that which we don't understand. It could also be the case that some invisible disabilities kind of look similar to challenges that everyone experiences, like struggling with school work or sometimes acting out.

John Freer: Representation matters. Kids observe who is included and who isn't. Ontario has moved toward a more inclusive environment, but students with intellectual disabilities continue to be excluded at alarming rates. A recent document was called 'If Inclusion Means Everyone, Why Not Me?' This is precisely the problem, I would say, in our society and in our media and in our schools.

John Freer: I'm interested in what the students had to say vs. what I want them to say. I don't necessarily want them to say anything. I think this is an opportunity for teachers and researchers to acknowledge that if deficit becomes the core feature of the definition of disability in the student's mind, if left unexamined, with no critical analysis, what does that look like when they're an adult and become an HR manager, and a person with a disability applies for a job? Or what does that look like when they're in high school, when things become more challenging on the inclusion front and they're forming their peer groups? Or what about in elementary school, when you can invite 12 kids to your birthday party, and the student happens to exclude students with disabilities?

Asking how the students could have defined disability differently is a good question. It speaks to the way we use language. If you break down the word disability, it literally means 'not able.' It's not that the students are wrong. It's a complicated term that we need to take time to unpack with them.

I think we need to emphasize the importance of differences and seeing diversity as a value. It's important for everyone to open up their minds to a variety of different ways of knowing and living.

In a later worksheet, that isn't part of this study, I asked the students how they would feel if they had a disability, and they said they didn't want to have a disability because they saw it as a social obstacle, among other things.

BLOOM: Do you mean that if I have a disability, no one will like me?

John Freer:  A big theme was that they feared social ostracization. They felt their peers wouldn't want to play with them. I interpreted that to mean that they'd seen that happen to students with disabilities, or that they assume that having a disability would impact their social prospects. Either way, it's problematic.

BLOOM: While students in this study focused on things you can't do with a disability, another narrative in our culture is to frame disability as something one can 'overcome.' The media loves to do stories about disabled people who not only do everyday things, but do something extraordinary, like being an elite athlete. That stereotype can also be damaging, because it can make kids question why every person with a disability isn't able to be a superstar.

John Freer: By and large, we come from a disability history of shame. The first sort of model society adopted was to hide children with disabilities away or to make genocidal efforts. Then there was the pity model. If we think of the March of Dimes, even though they did great work raising money, it was with Jerry Lewis talking about how pitiful so and so is, and why you should send your money. So it was engrained in our minds to feel sad for people with disabilities.

Then we move forward to a model of inspiration. We start thinking about movies and the person with a disability who is the protagonist and overcomes their disability. If we are glorifying accomplishment when a person has a disability, that comes from a place of having low expectations in the first place. As we move toward a more progressive understanding of disability we look at the interaction between the social and medical model, and understand disability is a medical condition, but it's also perpetuated by our society's attitudes and physical barriers.

BLOOM: Did anything surprise you about your study results?

John Freer: I didn't know what to expect, so all of the data was unexpected, in a sense. I guess the most surprising thing, separate from this worksheet, was the social obstacle piece. I was surprised that that theme was present at the beginning of the intervention. When I asked them again at the end of the 12-week intervention how they would feel if they had a disability, social obstacles still came up. So they still viewed disability from a deficit lens.

BLOOM: What do you hope educators and parents take away from the study?

John Freer: We know that students with disabilities are more likely to be at risk for bullying and loneliness and to develop a peer group within the group of other students with disabilities. Even though we've spent lots of money and time and made a really good effort to make inclusive education work, we have to recognize the power students have in the social arena. Ultimately, whether a child is included or excluded falls on the shoulders of their peers.

Unless we spend time and energy and money to expand students' understanding of the diversity of disability and to critically analyze their preconceived notions, we aren't going to see inclusive education become what it was intended to be.

A lot of energy has been spent on training teachers and making spaces accessible and even looking at leadership and how leaders create a culture of inclusion. Far less has been spent on the actual kids themselves and that's where the rubber meets the road for me.

BLOOM: How did you get interested in disability in the first place?

John Freer: When I was a kid, I was diagnosed with epilepsy. It made learning extraordinarily difficult for me. I was having several petit mal seizures every day, so it was very difficult to pay attention in class and retain information. I started exploring my own experience with epilepsy in a speech I wrote in our speech competition. High School was even more challenging, and I never found a medication that worked. The seizures persisted into my senior year in high school.

BLOOM: The invisible nature of epilepsy must have been difficult.

John Freer: It was challenging personally and for others to understand. It was also the 1990s, and there was not much awareness, as there is now. At that time, getting accommodations was perceived as special treatment and not fair. When I finished high school I was really disengaged with education and felt that academics was not the pursuit for me.

My parents were a great support system and they didn't pull any punches with me. My mother, being a New Yorker, told me 'You can go get a job, or you can come with me to the open house at St. Clair College and pick something you'd like to do, and give it a shot.' I went and looked at all of the posters and saw this brand new educational assistant program. It's now called an educational support program. It's to help students with special education needs. My first thought was 'I wish that existed when I was a student.' Then I thought 'Maybe I can contribute to something good here, helping students who are like me."

To learn more about Professor Freer's larger study on student attitudes about disability, e-mail him at jfreer@stclaircollege.ca or john.freer@uwindsor.ca