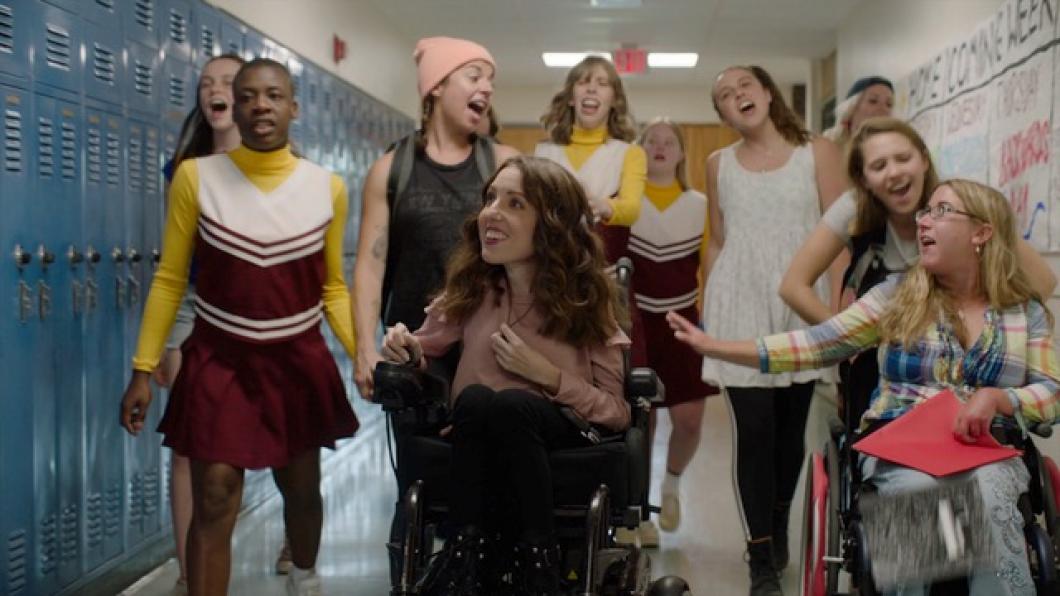 Best Summer Ever is a teen musical getting rave reviews. "This is the kind of movie that vibrates with the energy of the people who made it, whose enthusiasm radiates from the screen," writes Calum Marsh inThe New York Times.

What's unusual about it is that more than half of the cast have disabilities. But no one talks about the disabilities, and they don't feature into the plot. "This profoundly inclusive work posits a world where it would be as utterly unnecessary to discuss someone's different physical form or mental abilities as it would be to mention that Sage is white and Tony is Black," writes Leslie Felperin from The Hollywood Reporter.

The film follows Sage and Tony, two teens who fall in love at a summer dance camp and then meet up unexpectedly in the same high school. It was produced by Zeno Mountain Farm, a non-profit in Vermont that brings together people with and without disabilities to make films, do art projects and play sports, with the goal of creating lifelong friendships.

BLOOM interviewed Peter Halby, one of two brothers who founded the program, in 2015. Peter is an executive producer on Best Summer Ever. For the last 12 years, Zeno Mountain has made short films. Best Summer Ever is their first feature film. Make sure you watch the trailer!