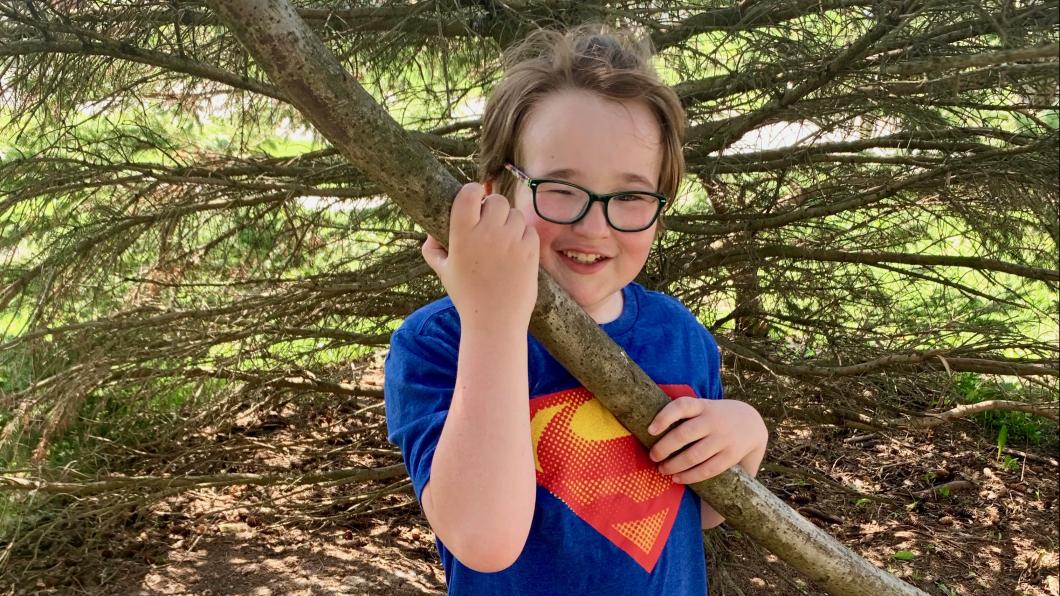 From chemotherapy to eight triathlons

If you had told Laura nine years ago that her son Wesley would have completed eight triathlons before he’d make it to middle school, she would have had a hard time believing you—but she’s grateful she would have been wrong.

“He is determined, he’s very optimistic and hardworking for sure,” says Laura.

“He’s not scared of trying things and if he is scared, he’ll just push through. He’s always been a brave kid, especially when he went through all his medical stuff—but you can also see it when he starts a new sport or a new school.”

When Wesley was only 13 months old, he was diagnosed with an aggressive brain tumour that developed into brain cancer.

“It was life-changing,” says Laura. “You have a little kid and, up until this point everything has been perfect, not even a cold. Then you find out he has a very aggressive brain tumour—it was like I got punched in the gut. He got his diagnosis and we were told he had a two percent chance of surviving two years.”

But survive he did—however, while the chemotherapy worked, Wesley developed radiation necrosis as a side effect. As a result, he suffered a pediatric stroke at almost two years old.

“He couldn’t swallow, he couldn’t roll over, or hold his head up,” says Laura. “It progressed to affecting his coordination and speech.”

When Wesley ended his cancer treatments, he was admitted into Holland Bloorview’s Brain Injury Rehabilitation Team (BIRT) inpatient unit, staying for a length of six months.

“In terms of the gains that he made, I really can’t say enough of about it,” says Laura. “We fell in love with Holland Bloorview.”

After Wesley’s stint as an inpatient, he returned to Holland Bloorview as an outpatient, receiving physiotherapy and occupational therapy, participating in music therapy, playing in the playroom, as well as participating one of the hospital’s intense therapy pilot programs.

“It was very beneficial for him. It was fantastic,” says Laura. “And then he also went to the Bloorview School Authority. That was the most amazing place in the world. There is nowhere else you could get that level of involvement from teachers and staff.”

It’s also here that Wesley was able to string together a few words—a milestone that still puts a smile on Laura’s face.

Looking to the next nine years—and beyond

It’s no surprise that with a passion for swimming, baseball, hockey, rollerblading, and skiing, Wesley is always on the go. And, while most kids have treehouses in their backyards, Wesley has a “restaurant.” Right now, his dream job is to be a cashier at McDonald’s—often playing “drive-thru” in his backyard.

“I wouldn’t change who he is or what I’ve gone through, because it’s made our family who we are, it’s made me who I am as a mom,” says Laura. “And it’s definitely moulded him into the amazing kid that is.”

Now, Wesley is looking forward to the day he can do his next triathlon. From swimming, to using his adapted bike, to using his walker to run—nothing is stopping Super Wes from seizing the day.