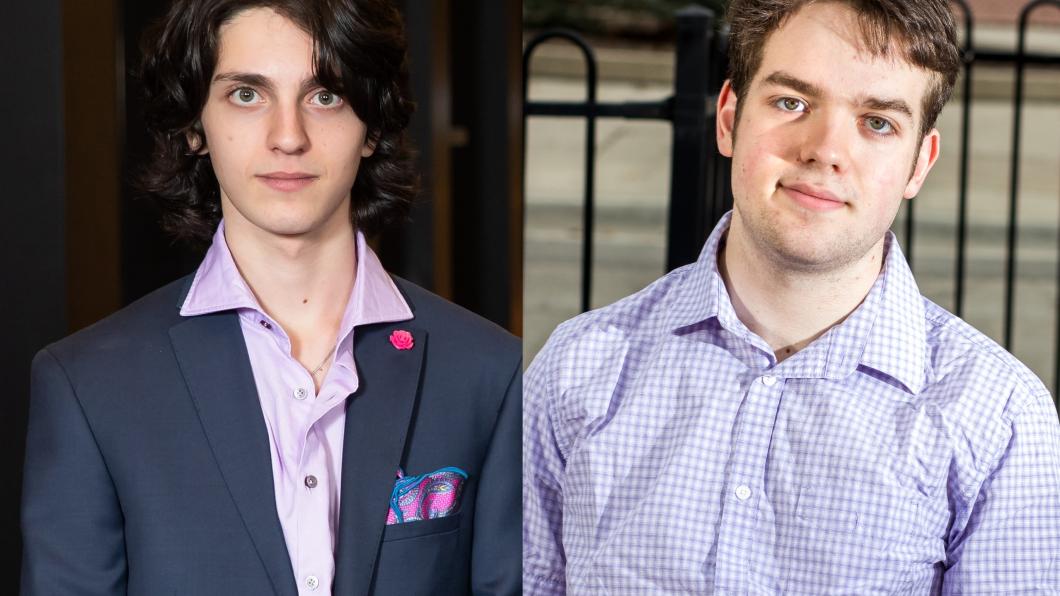 Over the past 14 years, the prestigious Ward Family Summer Student Research Program has connected post-secondary students with scientists and mentors at the Bloorview Research Institute (BRI).

The highly competitive program attracts thousands of undergraduate students each year from a many academic disciplines from across the country—and this year was no exception.

So, over the 12-week program, these students—from biomedical engineering to psychology—were placed in the BRI’s research labs to work alongside with researchers on topics such as interactive computer play-based therapy for children with disabilities, inclusive playground environments, and the use of brain-computer interface technology.

And although the program may look a little different this year, that hasn’t stopped these undergrads from participating in ground-breaking childhood disability research through data collection and writing research summaries.

Together, they have also formed invaluable networks with their peers and with scientists through informal virtual meet-ups and lunch-and-learns, helping them launch their careers or pursue post-graduate opportunities.

The highlight of the program is the Ward Summer Student Research Day competition, an annual event where students gain practical experience developing accessible research posters and presenting their project to a panel of judges, as well as to scientists and their peers. This year, two winners—best research poster and best oral presentation—will be announced during the awards ceremony at the event that will take place on July 21.

For many students, the program is their first opportunity to play a part in research beyond the classroom.

And Spencer is no exception.

“I wanted a research opportunity to get to know what it was like outside of a school setting,” he says. “I’m excited to contribute to something that is scientifically useful and that may have real-world impacts down the road.”

Spencer is an undergraduate student at McMaster University, where he studies Integrated Science. In his program, students are often asked to think outside the box to solve contemporary scientific problems—and it’s something he plans to do at Holland Bloorview.

“Disability research is very interesting in that you have to look at it from a ton of different perspectives,” says Spencer.

This summer, he is studying in the Autism Reseach Centre under the leadership of Dr. Evdokia Anagnostou to explore the relationship between brain development and speech and language patterns in kids with autism spectrum disorder (ASD).

“We are doing a scoping literature review—which is a very specific type of review—where we sift through a lot of different articles from different sources and databases and summarize all of the information.”

It’s a rare opportunity, he says, for undergraduate students.

“I feel that the BRI and this program are a pretty good place to start,” he says. “People are aware that I am a student but I feel like I am actually included and a part of what we are doing.”

Spencer is also grateful that despite the challenges faced during the COVID-19 pandemic, the program can still function in a virtual space.

“Many of my classmates also got research positions but they were cancelled. The project that I’m doing now can be done online,” he says.

“And we have these weekly networking meetings with other summer students, as well.”

Gym class had ended and Aaron was out of breath. Suddenly he lost all of his energy and fell backwards. When he tried to get up, he fell down again. It was only after being rushed to the hospital by ambulance that tests revealed that he had experienced a pediatric stroke.

Aaron then came to Holland Bloorview as an inpatient.

“If you could draw a line down the middle of my body, everything to the left was entirely paralyzed. And when I was at Holland Bloorview, everything started to come back,” he says.

“From a physical standpoint, I went from a stretcher to a wheelchair, to walking with a walker, to walking on my own power. From a social perspective, it was really great to be in a community with other patients that were in the same position as me.”

Now, five years later, Aaron has returned to the hospital—only this time as a Ward Summer Student.

“I can play sports with my friends, I can play the piano again, I can go to class and live three hours away from home,” he says. “Even though my body is not at the level that it was before my stroke, without them I don't know where I'd be today.”

Currently, he is working under Dr. Tom Chau’s PRISM Lab on brain-computer interfacing, a technology that can read kids’ brain activity and use it to operate a computer.

“During my recovery, as much as the people on the ground were helping, the people upstairs doing the research were also helpful,” says Aaron.

“The place where I learned how to walk again is the place where I'm learning to academically walk. Being able to give back to a community that has given me so much is a really fulfilling experience.”

Aaron also hopes the that program will help him as he completes an engineering physics degree at Queen’s University.

“By the time I graduate, I'm going to be half physicist, half computer engineer,” he says.

“I have this interest in medical technology and medical physics. Being here and experiencing that firsthand is really useful in planning my future. Medical technology is taking a huge step forward right now. And because of my medical history, it's something that I'm really passionate about.”

As for the transition to virtual research, Aaron keeps a positive outlook.

“There's nothing we can do about it except to appreciate the fact that we still have this opportunity,” he says. “We live in an age where everything can be technologically adapted and it's really motivating to see that in action.” 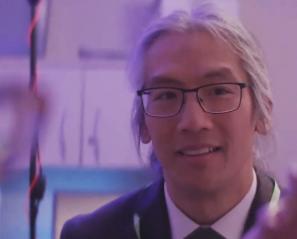 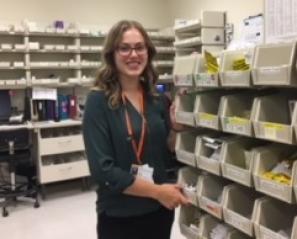