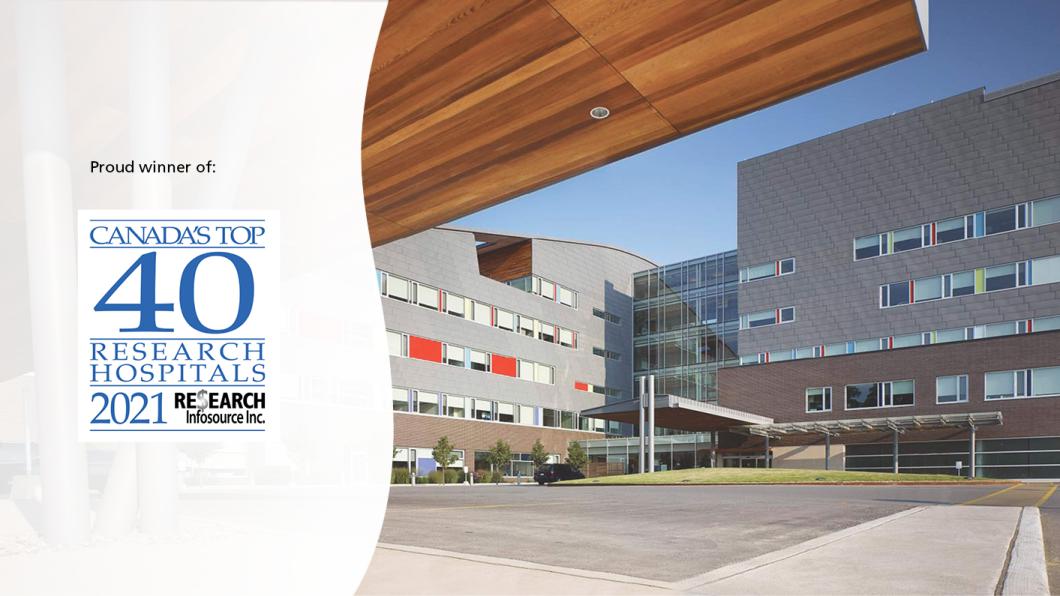 In the organization’s 2021 ranking of the top 40 research hospitals in Canada, Holland Bloorview took second place in the Researcher Intensive Organizations category for small-tier hospitals (spending less than $400 million). On average, each researcher received $700,000, up from $673,800 the previous year.

The hospital also took third place in the Hospital Intensive Organizations category for small-tier hospitals with 13.7 percent of the hospital’s total expenditures allocated to research spending, which is on par with last year’s figures.

Overall, the hospital placed 34 out of the top 40 hospitals and ranked 19th in hospital research spending growth.

“These rankings are a testament to the transformational research everyone on our BRI team is doing to create a world of possibilities for our clients and their families – especially during these challenging times that we all face,” says Dr. Tom Chau, vice president of research and director of the Bloorview Research Institute. “I am grateful to our staff and trainees, for their unwavering dedication to childhood disability research; and, to our scientists, for their incredible leadership during the last 2 years.

I am also thankful for the continued funding we have received from our generous donors and community supporters and the government who recognize that research is essential and critical.”

Canada’s Top 40 Research Hospitals 2021 ranking highlights Ontario hospital’s leadership role in defining the province as a competitive centre of health research and innovation, both at the national and global levels.

Re$earch Infosource Inc. ranks institutions annually on numerous indicators including success in attracting financial support for research and research intensity by hospital and per researcher.

The full ranking can be found here