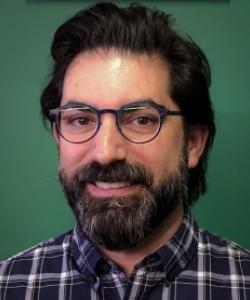 Ian Roth, M.H.Sc., S-LP(C), Reg. CASLPO, is a speech-language pathologist (S-LP) who has worked with children with autism spectrum disorder (ASD) since earning his master of health sciences from the University of Toronto in 2000.

Prior to joining the Autism Research Centre at Holland Bloorview Kids Rehabilitation Hospital as a member of the Social ABCs parent coaching team in 2018, Ian worked for 15 years at the University Health Network in the Tourette Syndrome Clinic and as a community partner with the Early Abilities program. He was also a member of the Ontario Ministry of Children and Youth's ASD Clinical Expert Committee between 2015 and 2018.

Ian has been a ‘More Than Words’ instructor for the Hanen Centre since 2009, and he currently serves as an S-LP mentor at Therapy Spot Private Practice.

Ian holds a status appointment in the Department of Speech-Language Pathology at the University of Toronto and is a co-developer of a web app called ASD PlayDate that aims to help families with children with autism arrange and carry out successful play dates.