New masking and visitor policies for staff and visitors. Visit hollandbloorview.ca/covid-19 for details. 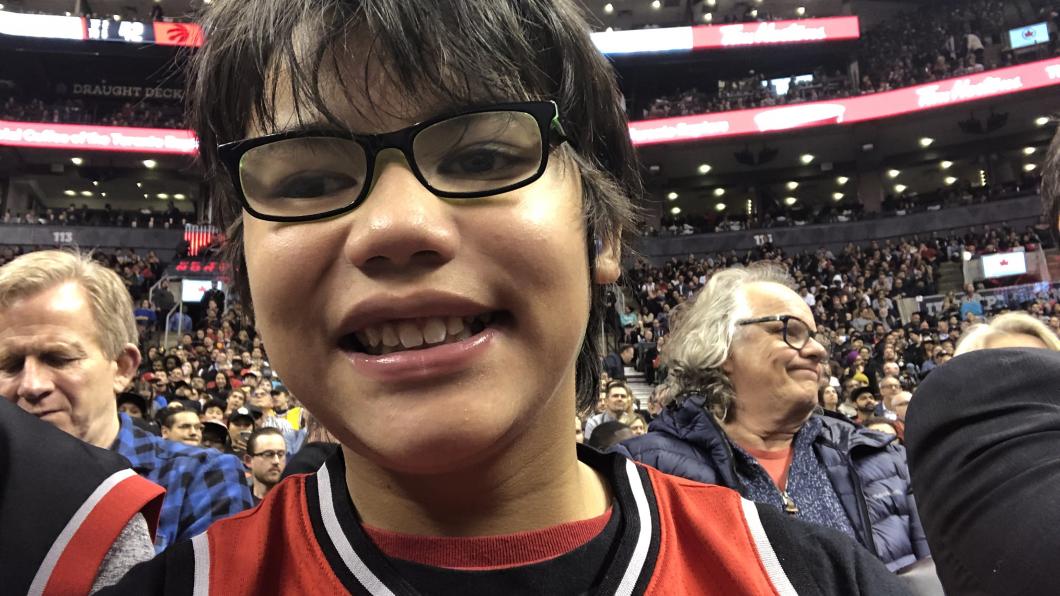 How prosthetics, games, and music are changing lives

Thanks to donors like you, we can focus on giving kids and youth healthy, meaningful, and well-rounded futures.

Your impact helps us put the fun in therapy, allowing kids the opportunities to pursue sports and arts, while keeping up with their clinical care.

From prosthetics to video games, from music classes to equipment, we strive to create a world of possibilities for each child that comes through our doors. We couldn’t have done this without you.

Angelo truly is an all-star

This wasn’t how the delivery was supposed to go. They weren’t supposed to be airlifted to the USA. It was too soon.

But, at 23-weeks-old, Angelo was born: weighing in at 1 lb. and four months too early.

“It was very scary,” says Robert, Angelo’s dad, as he reflects on the months they spent in a Buffalo hospital with Angelo connected to IVs.

Once the family returned to Canada, Angelo was diagnosed with hemiplegic cerebral palsy, resulting in weakness on the right side of his body.

Years later, an 11-year-old Angelo has come a long way.

Until Grade 1, Angelo attended the Bloorview School Authority—Holland Bloorview’s on-site school. It still remains one of the few places he feels supported.

“We were all crying when he had to graduate,” says Robert. “He had gym there; he learned to ride a bike there; it was easy to go to his appointments; and the staff—from the educators, to his occupational therapists and physiotherapists—were amazing.”

Now, when Angelo’s not playing video games or, thanks to the hospital’s prosthetics team and his ankle-foot orthotics, playing soccer with his younger brothers, he’s on the ice playing sledge hockey, with his dad as his pusher.

“The first time I played was like a dream come true,” says the avid sports fan.

Robert jokes that Angelo was born with a hockey stick in his hand.

So whether it’s baseball, soccer, or whatever athletic activity gets thrown his way, Angelo shows no signs of stopping.

Empowering the virtual music community one note at a time

For over 20 years at Holland Bloorview music therapist Andrea Lamont has seen first-hand how music can change a child’s life.

Marissa Barnett knows it too. That’s why, as a speech-language pathologist with Holland Bloorview’s Communication and Writing Aids Services (CWAS) team, she wanted to incorporate music therapy into her work.

“Sometimes a child has a great sense of rhythm and I kept thinking ‘I wish I knew how to tap into that,” she says.

The solution, for her, was collaboration.

Thanks to funding from donors like you, Holland Bloorview’s music therapists, like Andrea, will train CWAS, including Marissa, on how to use the Virtual Music Instrument (VMI) for kids in the community who use alternative and augmentative communication devices.

Developed by a research team at Holland Bloorview, the VMI is an accessible interface that uses a webcam, monitor, and virtual on-screen images to emit a sound effect or note when a shape on-screen is “touched” by movement.

“Our traditional methods are still good,” says Marissa. “But it’s nice to have another to help us engage clients and enhance a child’s communication capabilities.”

The power in asking “What can I do?”

For 75-year-old Gloria, the journey to becoming a donor started 10 years ago.

While visiting a neighbour’s relative at Holland Bloorview, she met a 3-year-old who would change her life.

“They’d been in a terrible accident and I knew they were going to need a lot of help. I just asked myself, what can I do?”

Her question led her to the hospital’s prosthetics services—a department near and dear to her heart. Gloria was born without the lower half of her right arm. Growing up in the 1950s her only option was a heavy, mannequin-like arm.

Gloria decided to leave a gift in her will to Holland Bloorview in hopes that her generosity will help prosthetics develop even more comfortable and versatile options.

“I’ve had a wonderful life but sometimes I think what if I had a different kind of prosthetic?” she says. “I want to make sure there are funds so that some child doesn’t have to do without.”

How one video game is changing the face of therapy

While Dr. Elaine Biddiss admits she’s not the biggest gamer, that didn’t stop her and her team from creating Botley’s Bootle Blast: a mixed-reality video game that helps kids with cerebral palsy achieve their therapy goals.

“There are sports and music-themed mini games. Cooperative and competitive games,” she says. “The kids’ reactions are really positive!”

Used in more than 300 on-site therapy sessions, Bootle Blast tracks players’ movements and use of real-world objects with a 3D camera, allowing kids to exercise fine-motor skills as well as shoulder, elbow, and wrist function.

The game also has a multiplayer mode, which lets anyone, regardless of ability, play.

Soon, children beyond Holland Bloorview will get to participate, too.

While plans for commercialization are underway, the team is working with hospitals in the United States and France to evaluate Bootle Blast’s impact on their patient populations and health systems.

And, in the summer, a member of the team will be taking Bootle Blast to Costa Rica to see its impact on children with very limited access to therapy services.