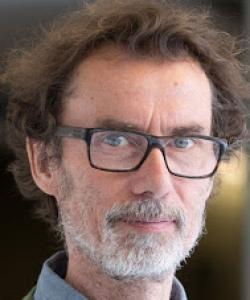 Dr. Paus is Distinguished Senior Scientist and Director of the Population Neuroscience & Developmental Neuroimaging at the Bloorview Research Institute, and Professor of Psychology and Psychiatry at the University of Toronto. His work integrates epidemiology, neuroscience and genetics in the pursuit of knowledge relevant for brain health.

Publications by Dr. Paus and his colleagues have had a marked impact in the field with over 40,000 citations (h-index: 94). Dr. Paus has contributed to the field of neuroscience in two ways. First, he has introduced a number of innovations for studying the human brain, including a) voxel-wise analyses of structural brain images (Science 1999); b) combining brain stimulation and imaging (Journal of Neuroscience 1997); and c) integrating epidemiology, genetics and brain imaging (Population Neuroscience 2013). Second, he has provided new frameworks for understanding the function of the anterior cingulate cortex (Nature Reviews Neuroscience 2001), and the processes underlying changes in white matter during male adolescence and their significance for axonal transport (Journal of Neuroscience 2008, NeuroImage 2015).